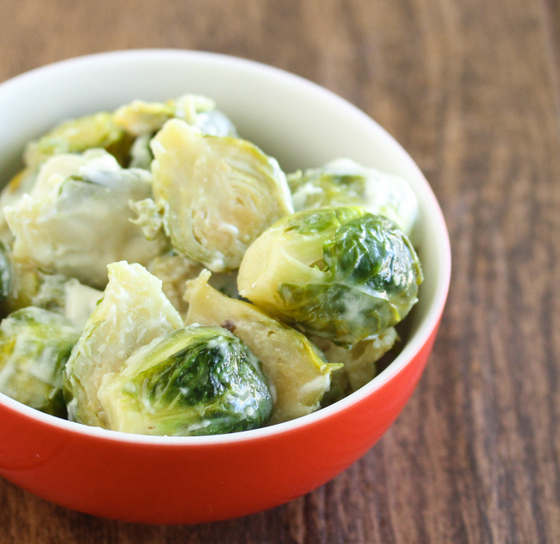 We hope everyone had a happy and safe holiday season. We spent quality time with our friends and family and indulged on a lot of food. 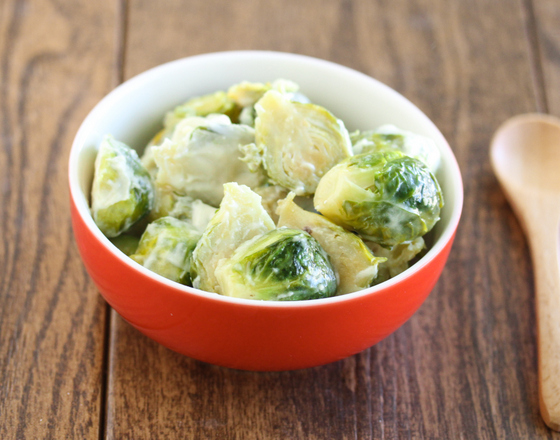 Now that we are back to our usual routine though, I’m determined to make Mr. P eat healthier. I was really busy towards the end of last year and let Mr. P’s eating habits slip off my radar. He stopped exercising and has eaten way too many burgers.

So this dish isn’t exactly healthy, but I did manage to get him to eat Brussels sprouts. Finally. I’ve tried all sorts of recipes and this is the first one he actually voluntarily ate more than once. My personal favorite is still roasted Brussels sprouts with bacon, but he really likes this creamy cheesy version. 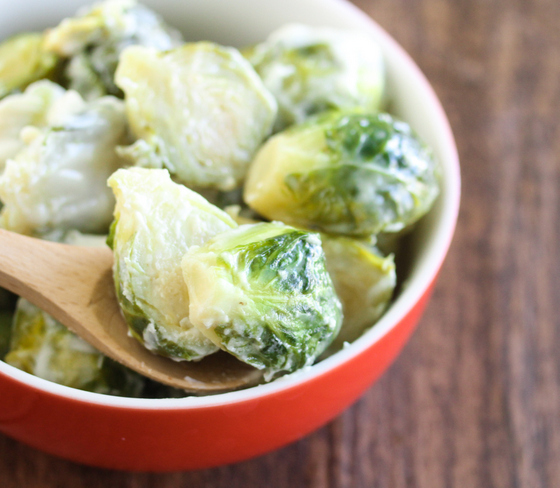 It reminds me of macaroni and cheese but with brussels sprouts instead of noodles.

I found the recipe while flipping through the Spirit airplane magazine. One of the nice perks I’ve really enjoyed since being married is that Mr. P and I travel more together. I am a really nervous flyer, but having him there makes me much calmer, allowing me to enjoy reading in-flight magazines instead of freaking out the entire flight. 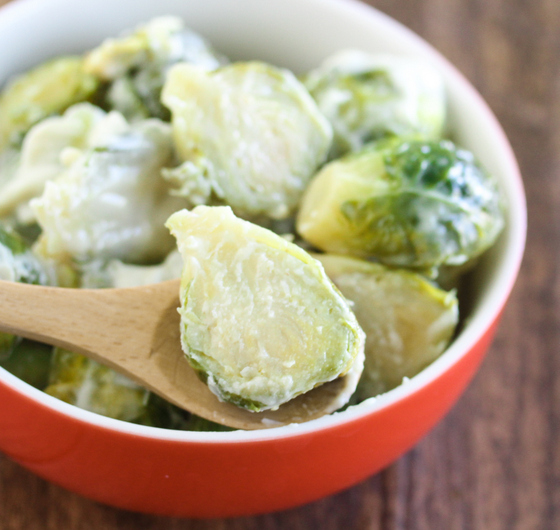