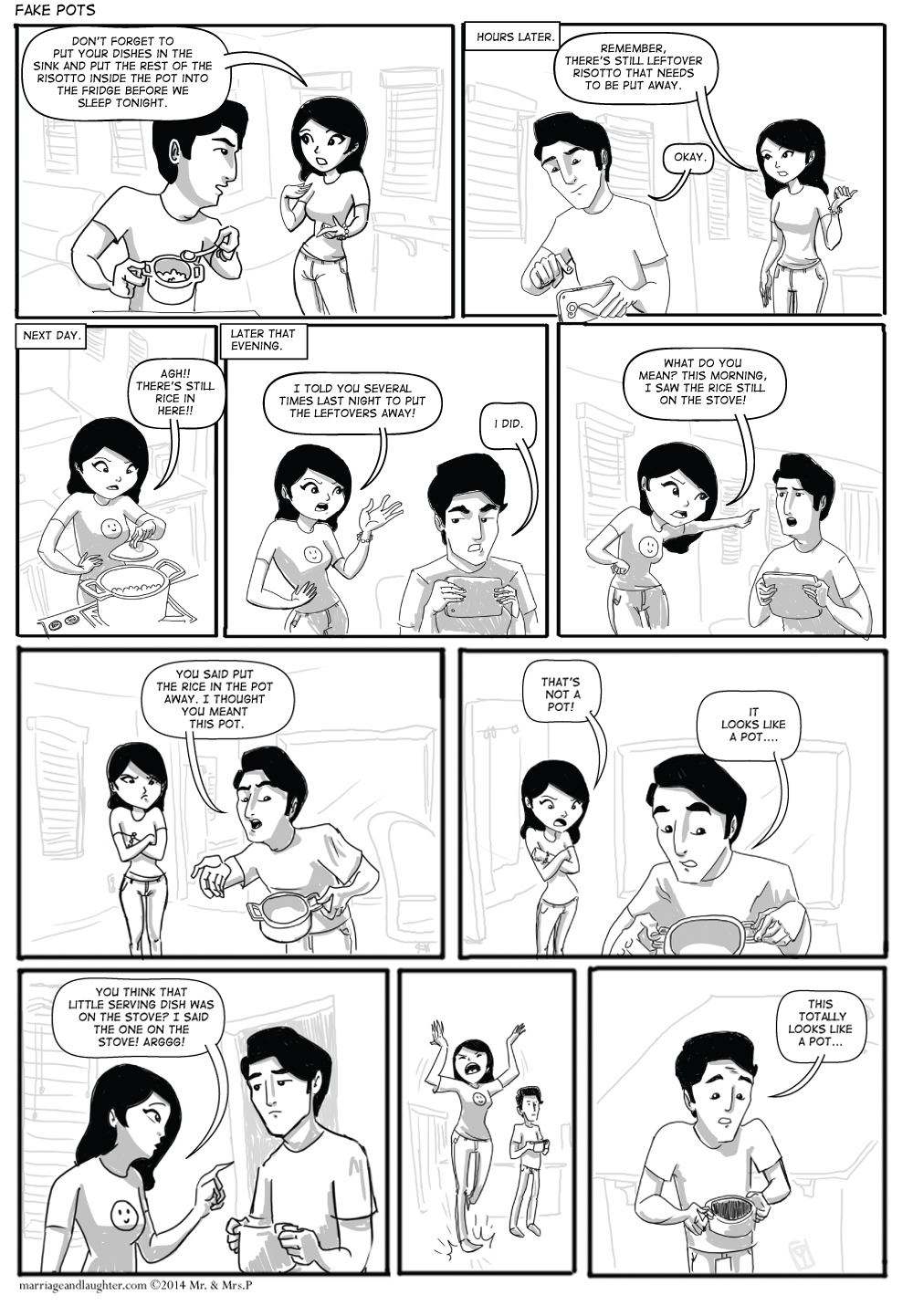 Since Mr. P doesn’t cook, his knowledge of kitchen items is limited to the very general form: pot, knife, etc. If I ask him for a bread knife, he won’t know what to hand me. We have a set of mini cocottes (casserole/dutch oven) which I love using for serving food. A mini one looks just like the full one except it’s tiny and only meant to be used for a bowl and not for actually putting on the stove and cooking with. Apparently Mr. P didn’t know the difference.

We’re trying out some new ideas with the comics, after being inspired by some conversations we had with a few friends about the strips. We’re trying for longer panels (though they won’t usually be this long) and some other fun stuff I hope you’ll enjoy.