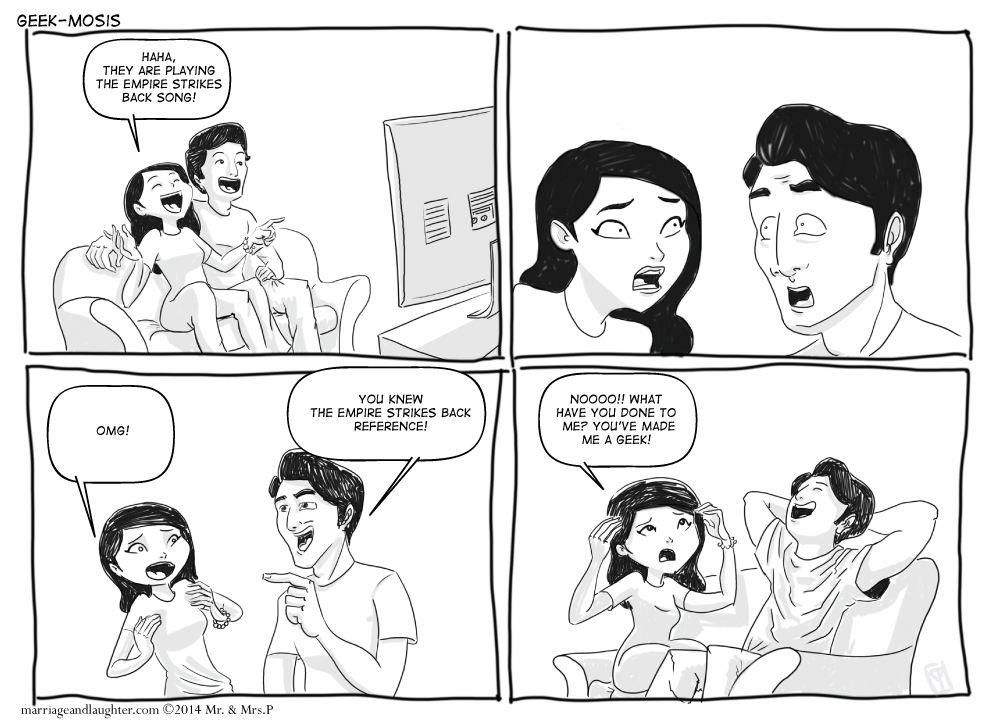 When you’re with someone, I think it’s inevitable you start picking up the others persons interests, hobbies, etc. Even if it’s something you care nothing about, you end up knowing a lot about it. Before meeting Mr. P, I had never watched a single Star Wars movie, didn’t know who was a DC versus a Marvel character, and didn’t watch anything on the Sci Fi channel.

Now, I mostly know all the main DC and Marvel characters, have become caught up in the love story on Haven, and the other day, I somehow recognized the main song from Empire Strikes Back. It freaked me out a little. Though a few days later, I ruined it when I didn’t know another Star Wars reference. That comic is coming up in a recipe/comic crossover.