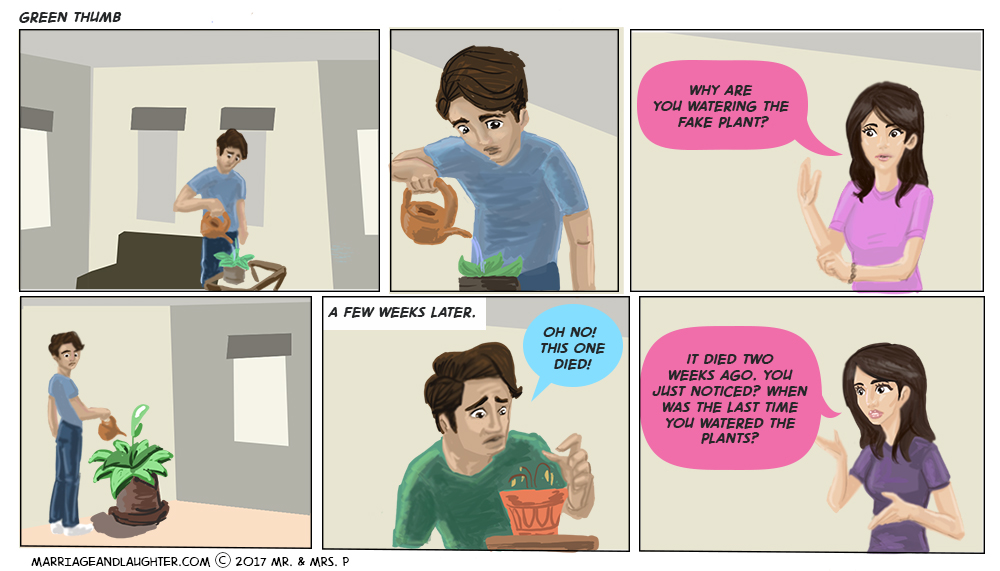 Hooray, finally another post! I have so many stories to share and hopefully we’ll eventually get to them all.

I put Mr. P in charge of taking care of our indoor plants since I already do the garden and yard everyday. It turned out not to be such a great decision. First I caught him watering a fake flower plant we own. The water leaked everywhere…Then he neglected this tiny succulent and didn’t even notice it had died until weeks later. Right now he’s got one more plant left. It’s a giant one gifted by his company so I said it was his responsibility. So far it’s still alive, though there have been a few “oh no!” exclamations followed by running footsteps to the faucet to fill a watering can.