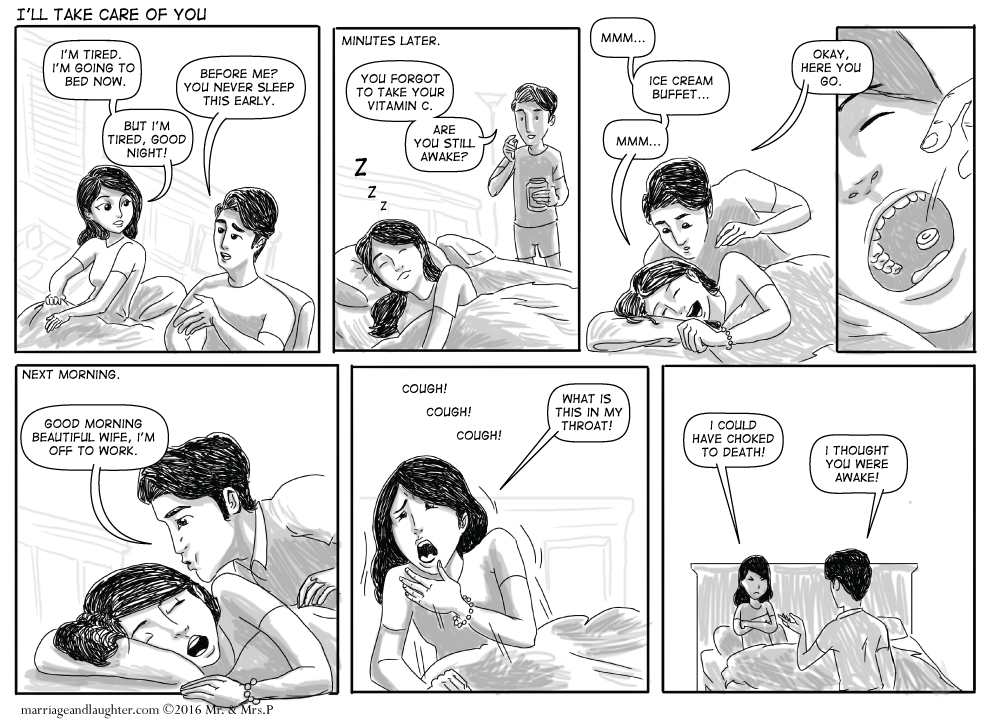 Woohoo, another comic! So the other day Mr. P fed me a vitamin while I was sleeping…It was one of those chewable ones and in the morning I woke up coughing on the half dissolved Vitamin C still in my mouth. I know he was trying to do a nice thing, but who puts food into the mouth of someone that is asleep?! The ice cream buffet comment is actually a separate incident. Mr. P was leaving for work in the morning and I was just waking up. I was in that phase where I still had a tenuous grasp of my dreams and I knew I had a great idea I was about to forget so I quickly blurted it out to Mr. P, so he’d remember. He claims all I said was ice cream buffet,  but I swear it was something much more profound.

We hope everyone has a wonderful Fourth of July weekend!