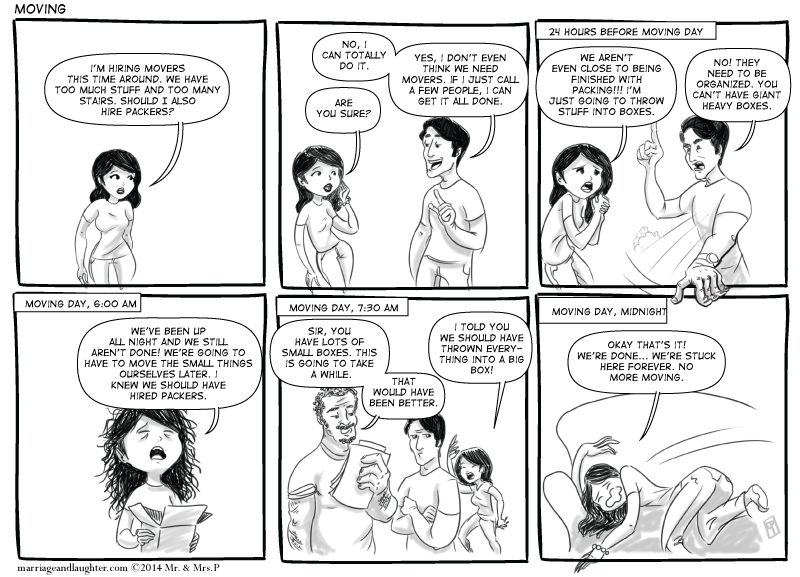 And we’re back! We finally finished moving. It wasn’t pretty. I’ve never enjoyed moving but I seemed to have blocked out how much I hated it until we had to do it again.

I wanted to hire movers and packers to make it easier. Mr. P was convinced he could do it all. We compromised, hiring movers but no packers. Despite losing many hours of sleep, we were still not finished the night before the move. Ironically, Mr. P’s organized system of packing was not what the movers were looking for. They later told us that they would have preferred if we threw everything into giant boxes, which was my messy way of packing.

We’re still very slowly unpacking and settling in. It’s going to take a while, but hopefully it will eventually become something we can invite our friends into.