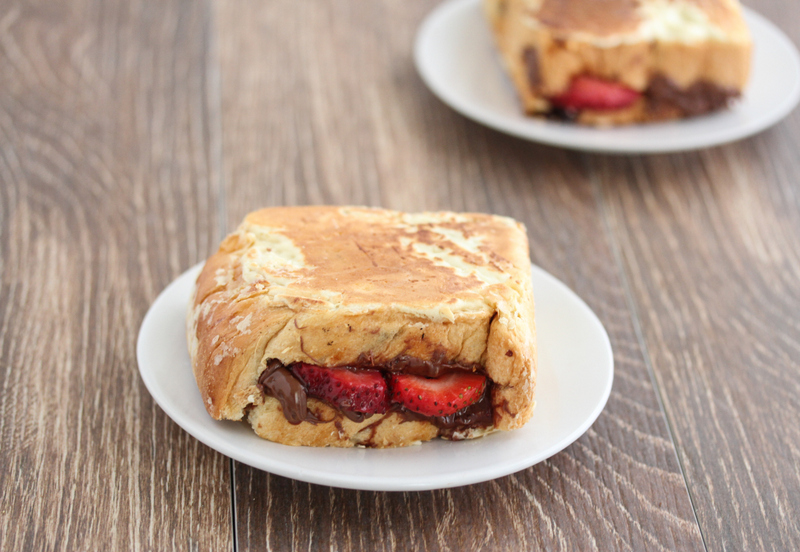 Pancakes or French Toast? Why choose when you can have both?

I’ve made this creation before and we’ve enjoyed it. I can never decide between pancakes and French toast when we go out to brunch, so I love being able to enjoy both at once at home. These turned out great. The outside of the brioche is coated with pancake batter. The inside is stuffed with copious amounts of Nutella and fresh slices of strawberry. 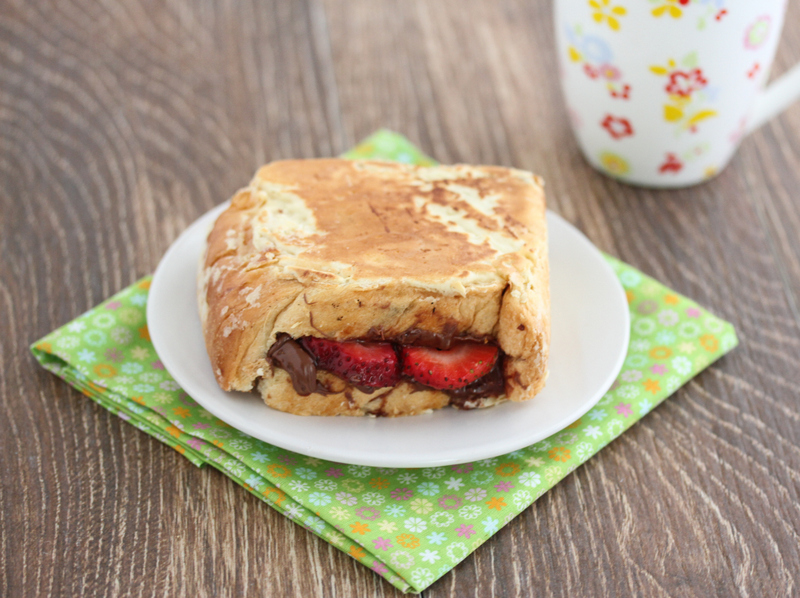