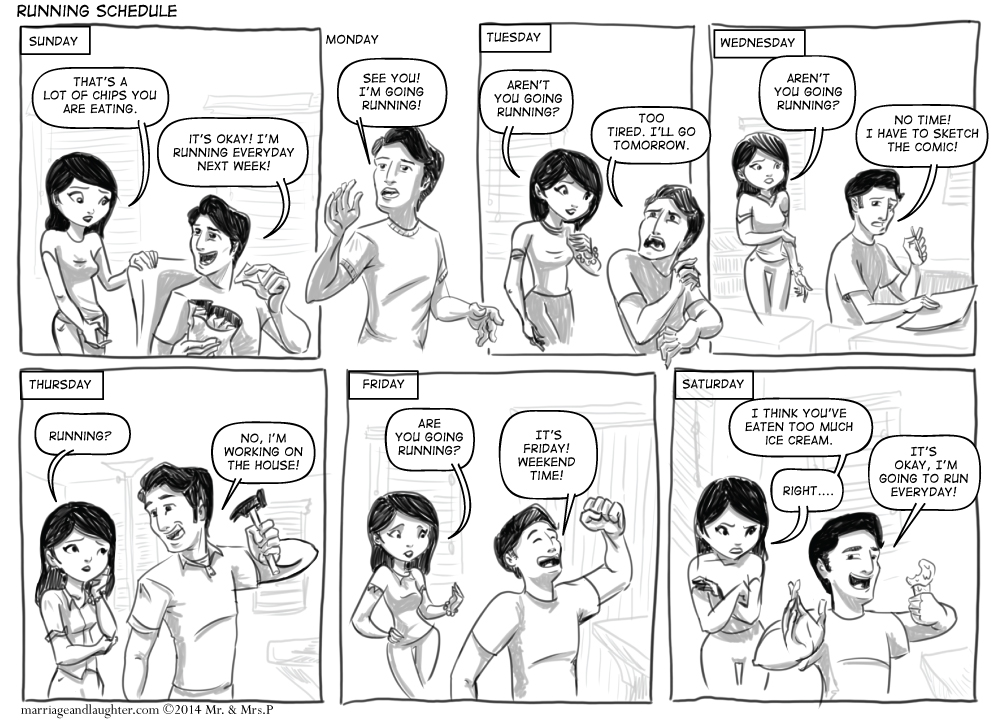 We previously gave you a glimpse of how Mr. P’s first day of running went. After he finally got over the pain of that run, he was determined to run every day and justified that for why he can eat multiple ice cream cones a day or other unhealthy stuff, however, as you can see from the comic, his “I will run everyday” actually means he will run one day and make excuses for the rest.

After a few weeks of this, I finally forced him to run more by going with him. We haven’t been running every day, but at least it’s a couple of times a week now.